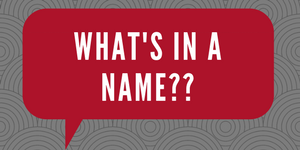 While we’ll be sharing a lot of great insights and interesting facts about smartphone access control in future posts, I thought we’d kick off by answering a question we often get that you just may be asking yourself: Where did the name VIZpin come from? And, while we’re at it, this one that goes hand-in-hand: Weren’t you ECKey?

Before I reveal the real deal, here are some interesting guesses we’ve heard:

The reality is, the origin of the name VIZpin is actually quite simple. Originally, we were ECKey, a New Zealand-based company that developed the first Bluetooth door controllers. They were cool devices, but also had some limitations. F

or instance, you had to manually pair your phone with each door, so imagine if you had 10 secure doors on your facility… Obviously, this could get frustrating.

Realistically, the Bluetooth door controllers were only practical for small systems with a few users, so, we soon began developing a way to securely enroll users through the cloud using an app that would automatically “pair” with the door. Because this cloud-based access control system allowed you to send secure credentials to anyone from anywhere, it was perfect for visitors; hence, the “VIZ” part of our name.

So, where did the “pin” part of the name come from?

The first versions of this cloud-based credentialing system worked seamlessly with iPhones, and we could hide the actual PIN used for pairing in the app. Android phones, however, would display the pin; hence, the second part of our name.

As we continued to roll out new technology and solutions, the name VIZpin was well received by customers and partners alike, and, in fact, became synonymous with the innovative access technology we deliver today. In response, in 2016 we made it official and rebranded our company as VIZpin.

Regardless of the name, you’ll find with our access control solutions, you can manage and control access to virtually anything, even when there is no network available. Our patented system eliminates the hassle and expense of panels, cards, software, IT networks and internet service providers. And most importantly, we deliver access control that is convenient, secure, and affordable.

We thank you for your interest in our blog and hope that you continue to follow it to learn more about the benefits and uses of cloud-based access control systems.